JOHOR BARU (THE STAR/ASIA NEWS NETWORK) - Johor can expect a further boost to its economy by the next five years with the completion of the Johor Baru-Singapore Rapid Transit System (RTS) Link which will take commuters only five minutes to reach the island Republic, said Johor's ruler Sultan Ibrahim Iskandar. Sultan Ibrahim said he had been informed that the RTS Link was expected to carry up to 300,000 passengers a day.

"It will dramatically put Johor as a strategic link to Singapore on another level. Travelling between Johor and Singapore will become much easier and faster. I am looking forward to the RTS," he said in an interview in conjunction with Chinese New Year.He said the prices of properties would go up as RTS would make living and working in Johor more conducive for both sides."There is mutual benefit from RTS as the link will lessen the pressure on space in Singapore. It will further integrate the two communities. "Johor hopes to offer itself as a technological and medical hub. There is enormous potential," he added. He also said that there would be a stronger boost to the hotel, hospitality and tourism sectors in Johor.

The 4km RTS Link - 2.7km of the route in Malaysia and 1.3km in Singapore - will link Johor's Bukit Chagar terminus station to the Singapore terminus in Woodlands North. Project construction in Bukit Chagar began in November last year, with Malaysia starting a three-month public inspection of the RTS Link project last month. The RTS Link stations will be integrated with local transport networks in Johor and in Woodlands. Malaysian transport minister Wee Ka Siong had said that out of the 4km line, an elevated stretch of 2.7km would stand within Malaysian boundary.

The line would go underground as it reached Singapore, said Datuk Seri Wee. With a capacity of up to 10,000 passengers per hour per direction, the RTS Link is expected to carry up to 300,000 passengers a day. The journey time will be only five minutes and during peak hours, trains will commute at an interval of 3.6 minutes. The Sultan of Johor said the RTS would bring huge economic benefits to Johor and put an end to the long-standing traffic congestion problem at the Causeway. "There will also be spin-off effects from the construction of the RTS as thousands of jobs will be created for Johoreans, especially local contractors and suppliers," he said.

The total cost of the RTS project, which was earlier suspended at Malaysia's request, is estimated at RM10bil (S$3.24bil). Mr Wee had also said that for the purpose of customs, immigration and quarantine (CIQ) clearance, a new CIQ facility would be built for passengers of the RTS Link, separate from the existing CIQ. According to the revised bilateral agreements, the depot of the project has been switched from the existing Thomson-East Coast Line Mandai depot in Singapore to a new location in Wadi Hana in Johor Baru. The RTS Link project was meant to be completed in 2024, but work was suspended. The suspension was extended three times at Malaysia's request.

On July 30 last year, Prime Minister Muhyiddin Yassin and his Singaporean counterpart Lee Hsien Loong attended the ceremony at the midway point of the Causeway that marked the resumption of the RTS project.

The project is now slated to be completed by end 2026. The RTS is located within the Ibrahim International Business District (IIBD) encompassing over 250 acres of the existing Johor Baru city centre, which is poised to become the next economic growth zone. The IIBD is set to become the catalyst for explosive economic growth, propelling the city as a financial, health and technological hub. An example of the close working relationship between the state and Singapore is the setting up of a Johor state trade office in the republic. The state capital is poised to complement Singapore and provide ample land and cheaper workforce for many industries where investors can either live in Johor Baru and commute or even set up their offices in Johor Baru. 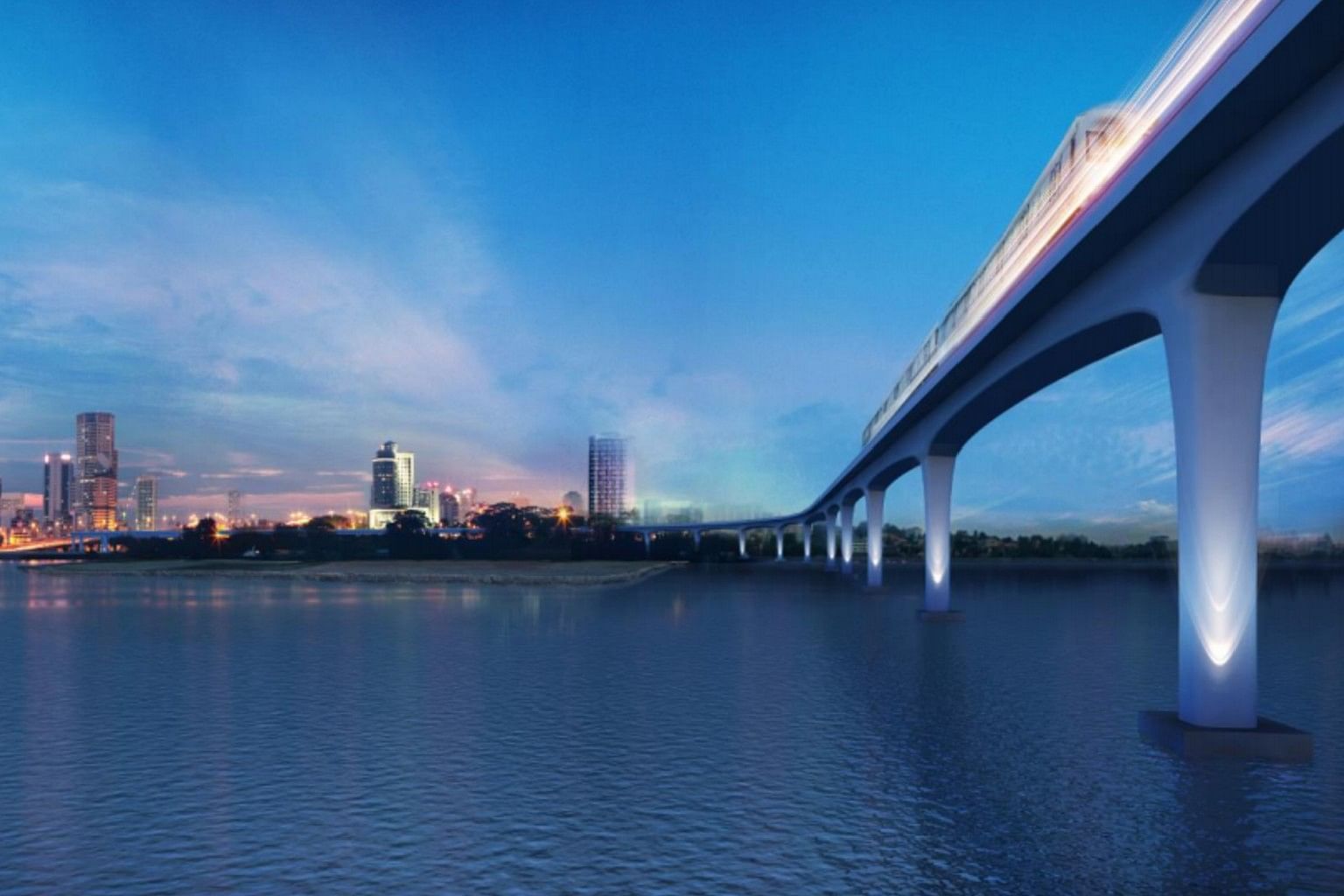 Disclaimer: Visual representations, computer renderings, photographs and other graphic representations are intended to portray only artist's impressions and are not to be taken as representations of fact. Offerings are subject to contract, availability, price changes, rental, other conditions, prior sale, lease or financing, or withdrawal without notice. Historical estimates are for reference only, and do not promise current or future performance. You should hire your own professional advisors to investigate the property and transaction. Any overseas investment carries additional financial, regulatory and legal risks, and investors are advised to do the necessary checks and research on the investment beforehand.

Your privacy is important to us. It is our policy to respect your privacy regarding any information we may collect from you across our website, https://tritowerresidence.com/, and other sites we own and operate. We only ask for personal information when we truly need it to provide a service to you. We collect it by fair and lawful means, with your knowledge and consent. We also let you know why we’re collecting it and how it will be used. We only retain collected information for as long as necessary to provide you with your requested service. What data we store, we’ll protect within commercially acceptable means to prevent loss and theft, as well as unauthorized access, disclosure, copying, use or modification. We don’t share any personally identifying information publicly or with third-parties, except when required to by law. Our website may link to external sites that are not operated by us. Please be aware that we have no control over the content and practices of these sites, and cannot accept responsibility or liability for their respective privacy policies. You are free to refuse our request for your personal information, with the understanding that we may be unable to provide you with some of your desired services. Your continued use of our website will be regarded as acceptance of our practices around privacy and personal information. If you have any questions about how we handle user data and personal information, feel free to contact us. This policy is effective as of 26 May 2020.©2020 by TriTower.

© Copyright 2022 TriTower Residence . All rights reserved.
A quality development by: